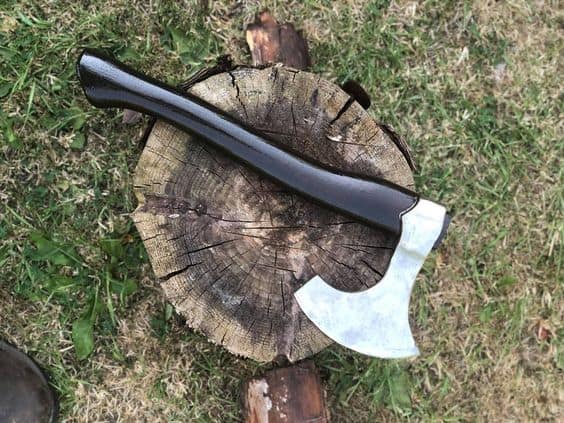 If you read my blog then you know I love Swedish axes. They are good and they last a lot. That’s why today we will talk about some Swedish companies that make axes.

If you have ever heard someone talk about Swedish axes then you probably have seen one of these names:

These are the 3 companies that I personally use to buy Swedish axes. Sure, there are some more companies but I haven’t really tried their products so I can’t vouch for them. If you know a good Swedish company that makes axes then send me an email and I will try to review them.

A few years back, Sweden was booming when it came to axes. There were more than 20 different companies producing and selling axes and other tools daily.  Today, there are only a few companies left, but these companies grew up a lot and now they sell globally.

If you compare the axes made from these companies and the axes you buy locally, you will see a clear difference.  The Swedish axes are better and they last more.

The company was founded in 1902 by Anders Pettersson. The company reached its peak in the 1960s where the company was producing over 200,000 axes yearly. But the peak didn’t last a lot, that mainly because of the new technology and because the competition was increasing. After poor corporate management, the company bankrupted in 1985.

They moved from mass-production methods and started working with local craftsmen. That improved their ax quality and at the same time their reputation. After seeing their success a lot of other companies did the same thing, and that’s the reason why now Swedish axes are good.

Today, the Gransfors Bruk is the leading Swedish ax maker company. We have talked about this company before, make sure to check my post on the best handle makers to see it.

The Wetterling’s was founded in 1880. It was a family company and it remained so for 37 years. In 1917 due to some reasons the company was sold to another Swedish ax company, Lilieblad, which at that time was its biggest competition.

The new owners took the company to another level, and that’s how the company reached its peak in the mid-1900s. At that time, the company was producing over 100,000 axes yearly.

But, at that time people started using chainsaws more and the ax business started to slowly decrease.

Except for chainsaws, the China market started to pop-up by selling axes for a lower price, which made people those axes and not the ones made in Sweden. After years of financial struggle, the owners gave up and sold the company to Gabriel Branby ( The owner of Gransfors Bruk ) in 2007

Husqvarna is a known company in the US. If you have ever heard about this company then you might wonder why this company is on this list.  They are known mostly for chainsaws and other tools but not for axes.

This company was founded in 1689 as a government-owned company. They have a very long history that includes a lot of different tools, but we also care about axes, right?  If you want to know more about the axes that are produced by this company then just check the “Summary” of the other two companies we listed here.

In order to compete with these two companies, the Husqvarna makes a few changed on their axes to lower the price. If you order an ax from this company then you will see these things:

These simple changes allow this company to lower their prices a lot. So, if you are looking for a Swedish ax and you don’t mind to sharpen the ax and make a few changed by yourself, then you can order the Husqvarna ax for a lower price.

Why are Swedish Axes Good?

These are the 3 companies I mainly use to buy Swedish axes. As you can see, after the new technology came . The Swedish ax market took a major hit. Many of the companies didn’t survive, but the ones that did, made a lot of changes.

If you want a Swedish ax for a lower price then you should check the Husqvarna axes. They come less sharp and less polished but they also cost less. Actually, we have reviewed a lot of carpenters’ axes and kindling axes and we have included a lot of Swedish axes on these lists.

Make sure to check our review list and our blog to learn more about axes and how to get better at using them.