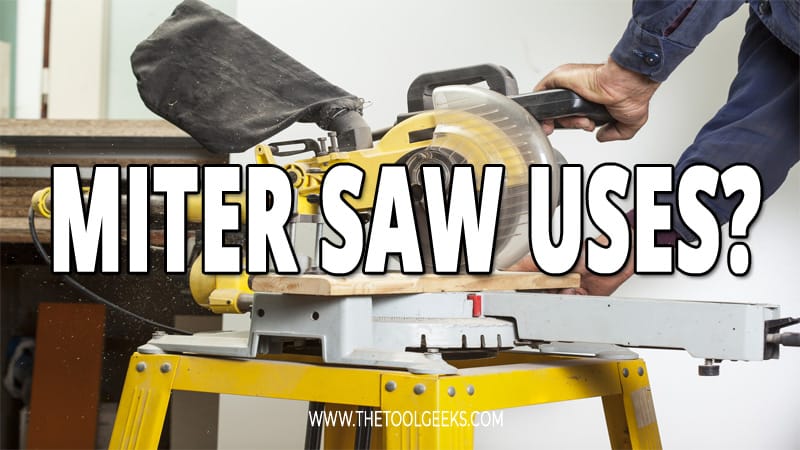 Miter saws are one of the most versatile power saws in the world. There is hardly any type of cut that you can’t make with a miter saw.

Miter saws are used across different fields and professions ranging from woodwork to steelwork. Not only can the miter saw make several types of cuts, but it also makes these cuts with a good deal of accuracy and precision.

The miter saw is usually designed with dozens of features and components that make the power saw easier to use. So, what can you use a miter saw for? Let’s see.

How Does a Miter Saw Work?

The miter saw works quite differently from other regular power saws. With the miter saw, you will lower the blade on the material to be cut. Miter saws use a thick circular blade with teeth to make cuts. The blade is very sharp and it can be made from different materials such as steel or carbide. 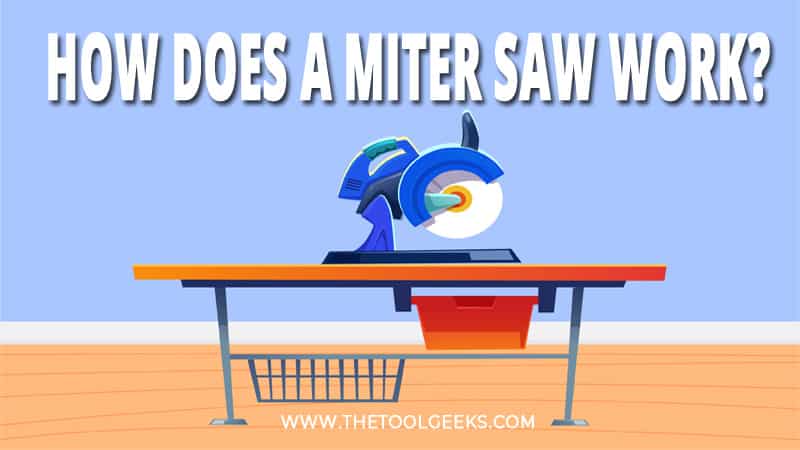 The blade of the miter saw has the same build as the blades of the circular saw and the table saw. All of these power saws use a thick circular blade with teeth to make cuts. The miter saw though similar in terms of the blade uses a very different cutting motion to make cuts on materials.

The blade is attached to an arm that suspends the blade over the cutting area. So, as the material to be cut is clamped down on the cutting table and the angles have been set, the blade is switched on and it starts to spin.

Then using the handle on the arm, the user can lower the spinning blade on the material to be cut to make the cut at the needed and set angle. This cutting motion is unique to just the miter saw and the radial arm saw. Though some band saws are also designed to use this cutting motion.

The extra features like the fence, the miter gauge, and the likes make the miter saw easier to use and they also make the cuts made by the miter saw very accurate. Miter saws also have different types.

There are dual-bevel miter saws that allow the user to tilt the blade of the miter saw to the right and the left. This makes it easier to make multiple bevel cuts on the same material. So what can a miter saw be used for? Let’s find out.

Related Read — How To Change a Miter Saw Blade?

What is a Miter Saw Used for?

Miter saws are used for several tasks. The miter saw can even be called the king of versatility in the woodworking world.

The only cut a miter saw cannot do is to rip a board or make a rip cut across a material. A rip cut is a cut made to the length of the board or log.

Asides from that, a miter saw can make virtually all the remaining types of cuts. Here are some of the top uses of a miter saw.

Obviously, the task that the miter saw excels at the most. Miter saws make miter cuts that are so good, the saw was named after the cut. Miter cuts are used when building baseboards, wall corner shelves, and other items that involve cutting for inside and outside corners. 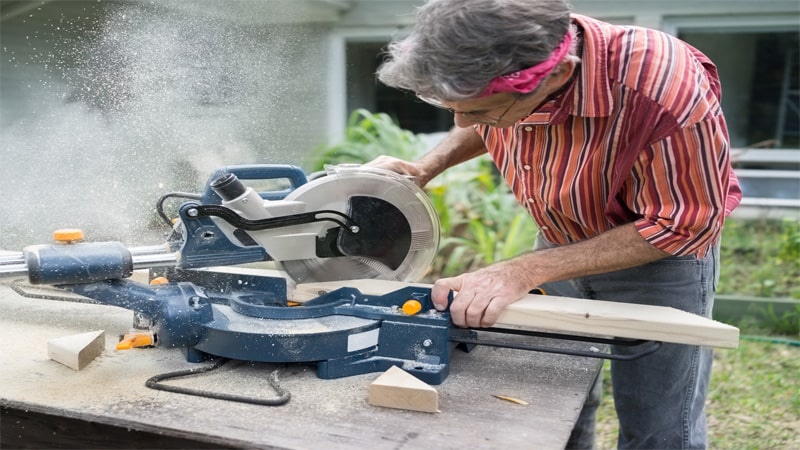 A miter cut is a cut made across the face or width of a board. Other blades have a tough time making the miter cut because it involves setting the blade of the saw at a particular angle and most other saws don’t even have a mobile blade.

Miter saws are also perfect for making bevel cuts. Bevel cuts are intricate cuts that also require the blade of the saw to be positioned at certain angles to make the cuts. The miter saw is perfect because it has a blade that can be tilted up to a 45-degree angle.

Some miter saws have blades that can even tilt to both the right and left. This means you can make bevel cuts on both sides of the material without having to reposition the material or the miter saw.

The reason the miter saw is so good at bevel cuts is because it has a bevel gauge behind its blade. The bevel gauge allows the user to tilt the blade to different angles. 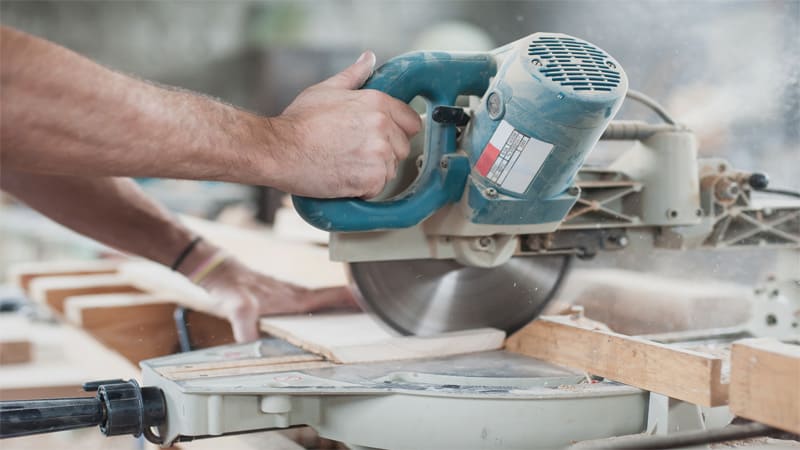 You just have to set the table and the blade at the needed angle and voila! You have your angled cut. This function of the miter saw is one reason why the saw is so popular across many fields.

There is hardly any other power saw that can make angled cuts as good as the miter saw.

4. To Make Repeated Cuts on Material

Miter saws are used for making repeated cuts on different materials at the exact angle and length as the last cut. This requires an increased level of accuracy and consistency and the miter saw excels at both.

This function is very important to construction workers that often need to make the same cut on multiple materials for a building.

Related Read — How To Unlock a Miter Saw?

Not all miter saws can cut a wide board but some can. The sliding miter saw is a type of miter saw that allows the user to pull the blade towards himself or herself.

This allows you to cut wider boards since you can extend the reach of the blade. Some siding miter saws can be extended to about 12 inches. This means you can cut boards that are 12 inches wide.

Related Read — How To Cut Baseboard With a Miter Saw?

Making compound cuts sounds a bit impossible. This is because you would need to cut a miter cut and a bevel cut together. The miter saw can make these cuts.

It’s simply a combination of the miter cut and the bevel cut. The compound miter saw especially excels at making the compound cut on wood.

The compound miter saw makes it possible to rotate the head of the miter saw to several angles. This allows you to cut the material or wood at an angle beyond the basic 90-degree. Compound cuts are used when working on frames, baseboards, crown molding, and squares.

Related Read — How To Cut Crown Molding With a Compound Miter Saw?

Miter saws are used specifically for making crosscuts. This means cuts that are made across the width of the board or material. 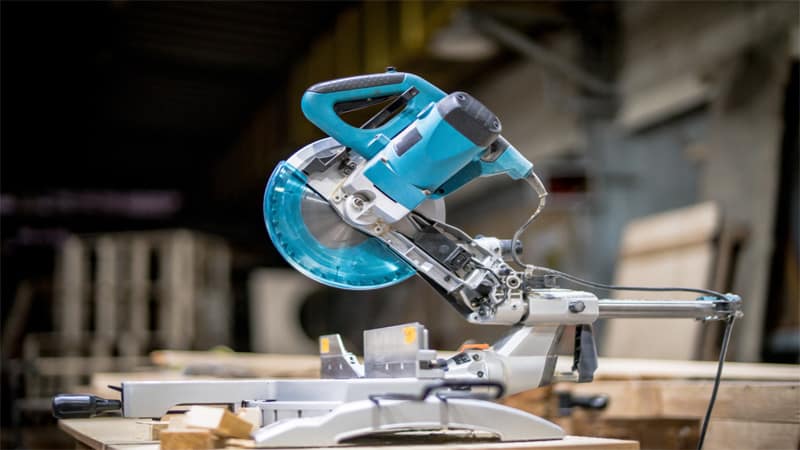 Miter saws can’t make rip cuts which means cutting along the length of the board. This is because the cutting table is limited by the fence.

However, the miter saw can make different types of crosscuts and with impressive accuracy too.

Miter saws are also used to trim materials especially materials with a large widths. The miter saw is popular amongst construction workers that deal with roofing buildings.

This is because miter saws can trim roofing materials easily. Miter saws are also used for trimming materials needed for making boxes, squares, frames, and the likes.

Related Read — How To Square a Miter Saw?

Miter saws are very versatile power saws. You can’t do without a miter saw if you deal with any type of construction or building that involves making angled and other intricate cuts.

Miter saws will prove very useful especially when making cuts for floors, frames, doors, windows, and the likes. Just ensure to follow all the instructions guiding the use of the miter saw you buy. You should also not attempt to use a miter saw to make rip cuts.

So there you have it. I hope you found this post useful. If you have any questions or comments about the topic, please leave them below and I’ll attend to them as soon as possible. Have a nice day.